World’s 1st ever Martial art is born in INDIA.

Its not everyday that a treasured art like Kalaripayattu is born and you know it is nothing ordinary when its the creation of not humans but the Gods themselves.

It is carefully constructed with the sharp observations made on the complexities of nature and survival instincts, prey techniques, and basic anatomy of wild animals.

is in its method of teaching.

It follows the ancient method of imparting lessons by following the Guru-Shishya Parampara. In Kalari , the skill of combat and weaponry is not taught to the student immediately.

The First lesson is involved in gaining patience and the right conduct to become eligible for learning the art that’s so precise and lethal.

The kalari Gurukkal silently observes his/her every shishya and promotes them into learning the warfare techniques only when they are satisfied by the character .

To be precise the ultimate goal of a Gurukkal is not to produce the best fighters in the world but to produce the selfless, courageous human beings into society. The teachings of kalari says that it is not important how powerful your body is , but how powerful is the humanity beneath that physical being.

Relevance of teaching the art of weaponry

is probablt the most frequently asked question

Weaponry stages of kalari are a thoroughly thought-out structure and is very much applicable even in today’s modern times for becoming a warrior, like for eg. the Sword & Shield weapon forms a part of the 3rd stage of training in sharp weapons, known as Angathari.

It is very interesting to note that the choreographed basic fighting routine in this weapon form is actually taken from the fight between an elephant and a tiger. It consists of the swift use of sharpness, ruthlessness, and speed in its every move and attack.

So, through this weapon training, the student learns to be attentive, alert, aware of his surroundings, and become fierce inside-out.

The practitioner’s survival instincts are awakened by weapon ‘mock’ fighting, and constant practicing to such a level that it leads to the transformation of his whole body language, where his bare arm becomes and acts like a sword in times of need.

Thus, the lesson in weapon training in Kalari leads to an incomparable defensive preparedness of a practitioner.

THE LESSON TO HURT AND RECTIFY THAT HURT

Both are imparted to the kalari practitioner

Adding on to its uniqueness, there is a complete in-depth therapeutic branch of Ayurveda attached to Kalari. It consists of massages and vital point treatments of a body, that’s not only restricted to martial artists only but is for everyone’s general well-being.

It won’t be an exaggeration to say that the secret to the healthy and proper functioning of all the organs and parts of our body lies in this field of therapy.

Kalaripayattu stands tall and unstaggered even in today’s modern world and even an undue suppression of it by the colonists of this country couldn’t suppress it. Hence, this Indian authentic art will never lose its relevance because it is not just an ancient martial art  but a complete way of life. 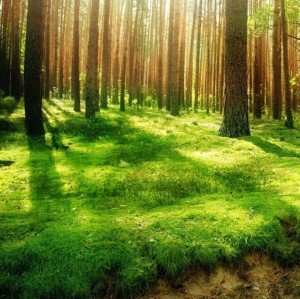 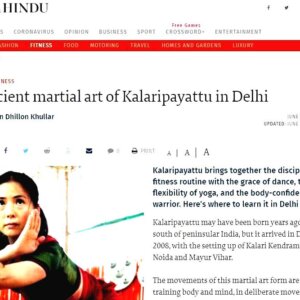 Kalaripayattu in Delhi by The HinduSeptember 16, 2020