Kalari Gods believed in the power of nature. Nature has the key to all the locks created by a man’s mind who is living a restricted life that is self- limited, and what better way than to learn it from the animals who are living freely in the state of nature. The warrior Gods tried to inculcate the alertness of an animal’s physical senses, like that of an elephant ,the subconscious and clairvoyance in its martial character. And thus, formulated this legendary, unshakable warrior art.

Since, Kalaripayattu art of warfare is developed by closely observing the martial moves, fighting skills, and survival techniques of various ferocious animals, this art is raw and pure in its application. And thus, we will learn how doing workout the kalari way is the new best method to attain the mental , physical and spiritual fitness.

‘Cute’ is the first expression that comes to our mind when we hear the word, “elephants”. On the Contrary, these endearing creatures are one of the most ruthless fighters. Yes, it takes typically seven lionesses to kill a single adult elephant, such is the power of this majestic creature.
Here, Gaja meaning, elephant forms the foremost animal taken in Kalari in formulating the lesson of VADIVU.

The first lesson that the elephant teaches us is that a warrior’s biggest strength is his strong physical being.
Therefore, the Gaja stance is taught to gain strength in the hips, thighs, spine and ankle with the help of a stance called as AMARCHA.
This is indisputedly the best workout for your legs strength and backbone flexibility. It is power generating in its character and hence a thorough practice is needed to attain this stance.

The second lesson is learned while observing the movement of its trunk.
A Kalari practitioner is taught to move in such a manner that it attains the unmatched flexibility of that of the trunk of an elephant that it uses to grab, pull, and attack an opponent.
Therefore, in the Gaja posture hands are taught to move in a particular form while using the whole body’s flexibly, especially the ‘spine’ and take the stance of a shield in front of the chest to protect the weak areas of the neck, collar bone, chin and face in an alert position of defense.
Just by looking one cannot know how strengthening and challenging this hand gesture with jointed elbows, covered abdomen and straightened spine is unless one does it themselves.

The third lesson that we learn from an elephant is that of its inexhaustible agility and swiftness irrespective of its size.
Therefore, in kalari the warrior is taught to achieve enough courage and strength to fight the whole crowd and disperse it alone singlehandedly.
This stance in its various forms and application of combat is one of the best means to achieve this tremendous speed and vigor in the body irrespective of the body weight, age, sex, and physical activeness. in fact, practicing this stance leads to the whole-body transformation.

The fourth and the most crucial lesson that we take from an elephant is that of its mental strength that makes it a winner.
Therefore, in Kalari, A warrior is taught to become a ruthless fighter by more of her mental strength than her physical ability. And that mental strength gives the confidence to use the body fearlessly in times of need.
And hence, Kalari Kendram always focuses on teaching the capacity and ability to ‘ take an attack’ as much as taught how ’to attack’ with the rigorous practice of this Gaja vadivu not only instance formation but in a rhythmic -vitality consuming- body movements and holds which boosts the confidence in onself inside out evidently.

The important point to note here is that this posture is effective only when it’s done in its most authentic and correct manner. The spiritual and intangible benefits are as evident as the physical ones. It leads to the increased awareness of one’s body, increase in focus sharply, improvement in body balance, healing of the solar plexus and root chakras of the body, understanding of the connection between the mind, body, and soul and attainment of infinite calm and peace after that.
The uniqueness of Kalari vadivu lies in its rare blend of stances, movements, and postures that actively involves all the parts of the body in a very distinctive fashion.
Kalaripayattu when done religiously for some time gives proof of its unparalleled method of fitness that the world desperately needs today.
It is an unexplored treasure of India and the martial art with the rare combination of 3M’s :
MOVEMENT
MEDITATION
MASSAGE 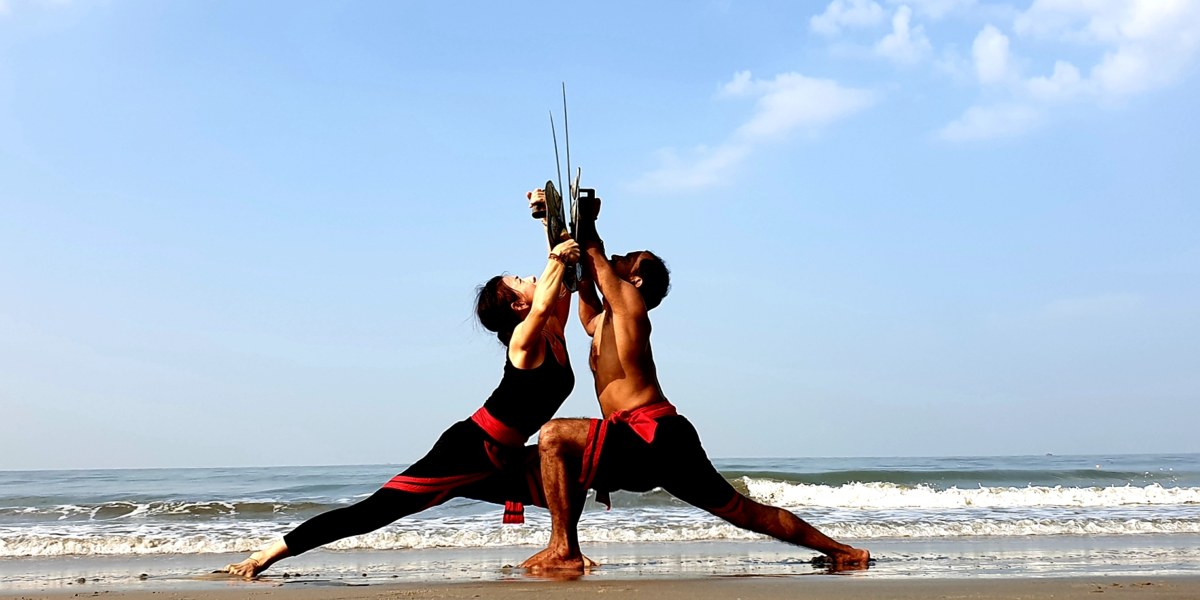