THE FIRST MARTIAL ART TEMPLE IN DELHI & NCR
KALARI KENDRAM DELHI :- is a REGD organisation devoted to the indigenous warfare art of Kalaripayattu : a martial art native to the southern Indian state of Kerala and is indisputably the foundation of all the Asian martial arts of the world.

As an organisation, our vision is to spread Kalaripayattu the versatile treasure of India and its age -old legacy to the wide audience globally crossing all the barriers of ethnicity, geography, and language.

Kalari Kendram Delhi, Recognised by Indian Council for Culture Relations (ICCR), for kalaripayattu was established in the year 2008 and is actively working since then towards imparting this singular knowledge of ‘Yuddha Kala’ to its students from all over the world. Even after being away from its native land we have kept the founding principles of this tradition at its core.
We are functioning from 2 branches in Delhi & NCR of Mayur Vihar Phase 3 & Noida sector 37. 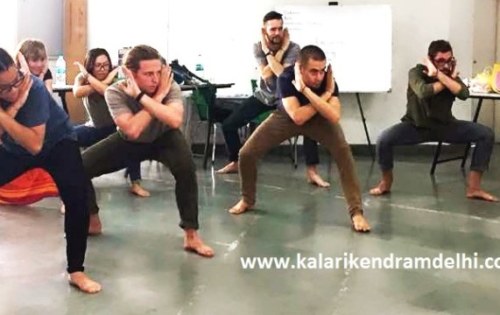 Kalaripayattu Online classes
Along with being a distinctive ancient martial art form kalaripayattu is actually a very fulfilling intense workout routine that can now be learnt online while staying at home. Also,since the teachers of this ancient art are not many and limited to specific regions , it is a great opportunity to get to learn this unique art by a reputed organisation , from any part of the world globally.
60 min
Read More 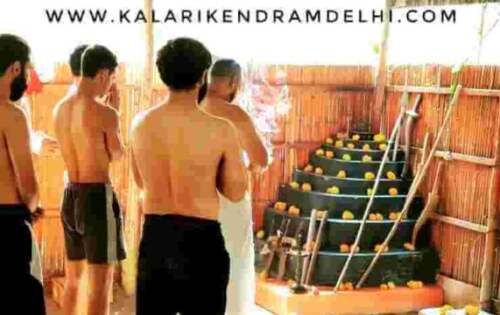 Kalaripayattu Choreography
an authentic team of artists with specialized skills of Kalaripayattu martial arts learnt over years of experience. We provides consultation and training in the impactful Kalari combat moves for movies , TV series and various other shows and hold sufficient experience in the field.
30 min250 KCals
Read More 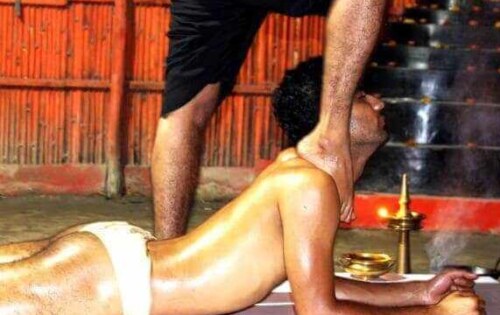 Kalari Ayurveda
This form of Kalari massage can also be termed as protection or treatment massage and is known to heal and rejuvenate the body.
60 mins
Read More 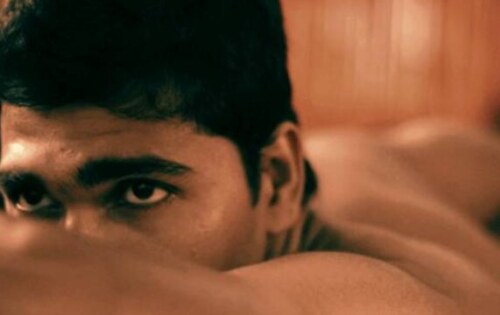 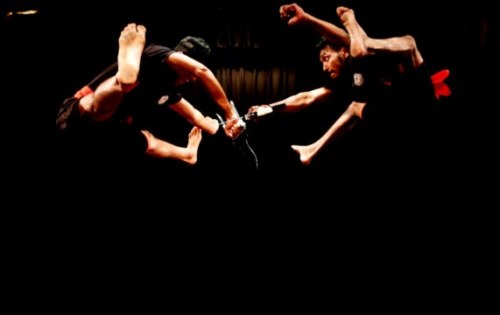 Kalaripayattu Online classes
Along with being a distinctive ancient martial art form kalaripayattu is actually a very fulfilling intense workout routine that can now be learnt online while staying at home. Also,since the teachers of this ancient art are not many and limited to specific regions , it is a great opportunity to get to learn this unique art by a reputed organisation , from any part of the world globally.
60 min
Read More

I have had low back pain since my second delivery. Just like most women, I simply used to manage it by gels and some rest and did not take steps to overcome the pain. It got worse and unmanageable in Feb 2021. I had been taking online Kalari classes with Shinto Matthew Gurukal and hence went for treatment at Kalari Ayurveda Treatment Centre.
Shinto Sir is very experienced and he was able to find the exact origin of the pain. The massage and khizhi treatment was very effective. I also took the given kashayam for two weeks. In just two weeks my pain of four years disappeared!
Sir assesses you each day and recommends the treatment accordingly and does not overcharge you.
Also, he very frankly tells you the possibility outcome of the treatment. If you follow his instructions I am sure he can cure you of any pain! 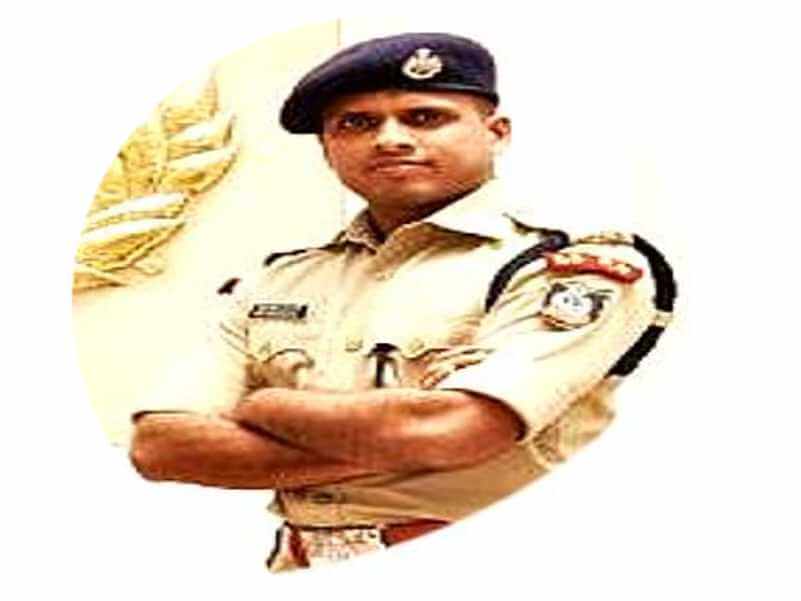 I was introduced to Kalaripayattu through a friend while writing a book with him. I immediately contacted Shinto Sir who guided me through his online classes. So far the journey has been wonderful. All the movements practiced have given me a lot of confidence in my daily work as well as physical structure. THANK YOU sir, the art which was limited to Kerala alone, you have made it reachable for all of us across India. It is amazing to have people of all ages and gender in the class. I wish you the best sir.

Athlete , writer , Founder of Jairath Wellness . Since i belong to the fitness fraternity , I need to make my conscious endeavor to work on my over all fitness and the best decision I could have taken was to join the Kalari online classes with Shinto sir putting an end to my perception that this art could only be learnt while staying in Kerala. Having a teacher like Shinto Mathew sir is a blessing and gift from God. The classes are conducted while staying in its ancient and authentic structure. The best thing is that you can start this art at any age irrespective of your fitness levels. It leads to a complete harmony between the physical being and the inner self.