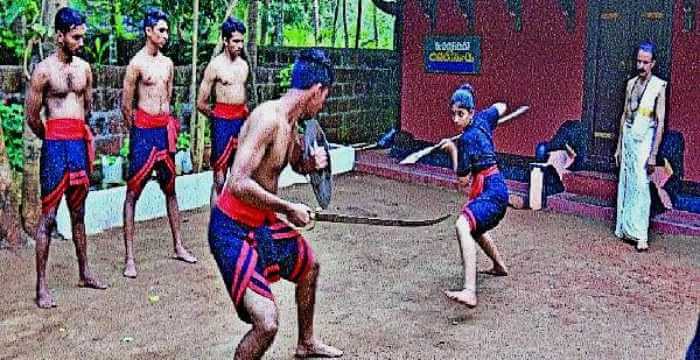 Kalari Kendram Delhi is an authentic team of artists with specialized skills of Kalaripayattu martial arts learnt over years of experience. We provides consultation and training in the impactful Kalari combat moves for movies , TV series and various other shows and hold sufficient experience in the field.

Cinema and television have come a long way since its inception. Whether it is a ‘Period Drama’ in a historical setting or a film based on martial arts set in ‘contemporary’ times, it is not uncommon nowadays for studios to feature professional combat specialists in action films and television shows.This evolution has been particularly visible in the last decade where both film- and television-makers have begun to perceive and appreciate the importance of authentic fight choreography.

With over fifteen years of expertise, Gurukkal Shinto Mathew, comes with a deep understanding and knowledge of Kalaripayattu in particular and the science of combat in general.

Being a dedicated practitioner himself, his expertise lies in using accurate principles of Kalaripayattu to design and construct fight sequences that not only educate the masses about our treasured methods of combat that has won us various battles but also creates entertainment and impact for the audience because films and television today have a much wider reach than before, thus aiding us in our larger vision to bring more awareness about Kalaripayattu to people in India and worldwide.

Through the accurate representation of this martial art form, our aim is to enhance the way Kalaripayattu is represented while enhancing the production value of action-based projects. We are open to choreography consultations for television, cinema, and advertisements.

Our recent projects include: